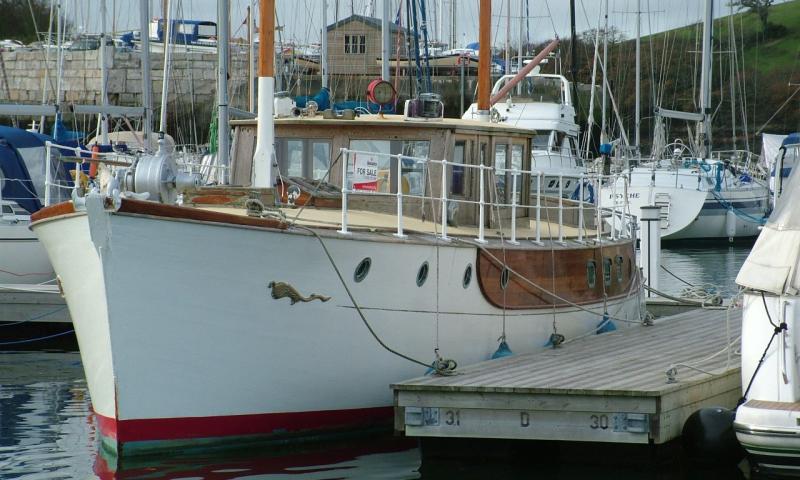 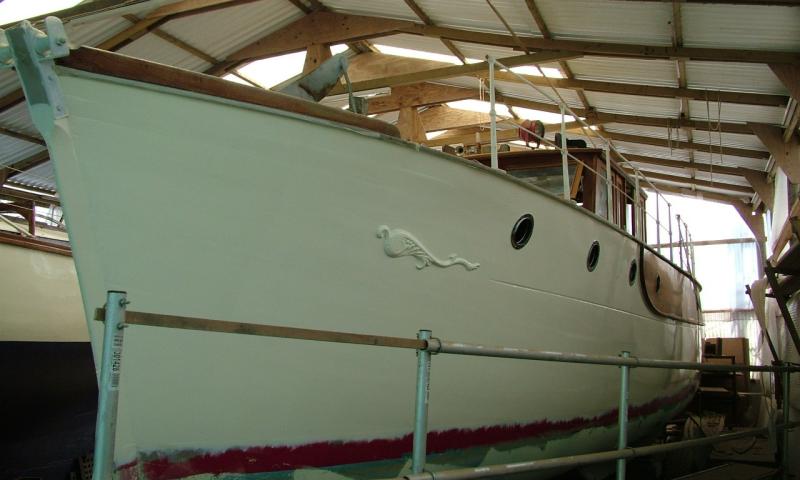 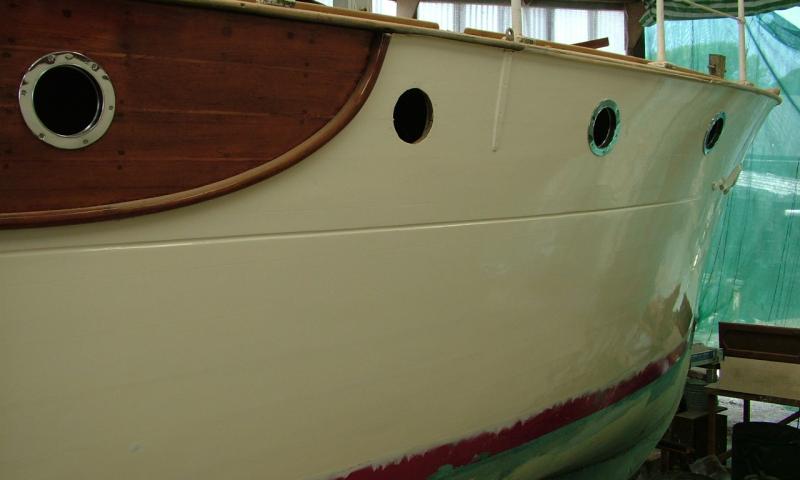 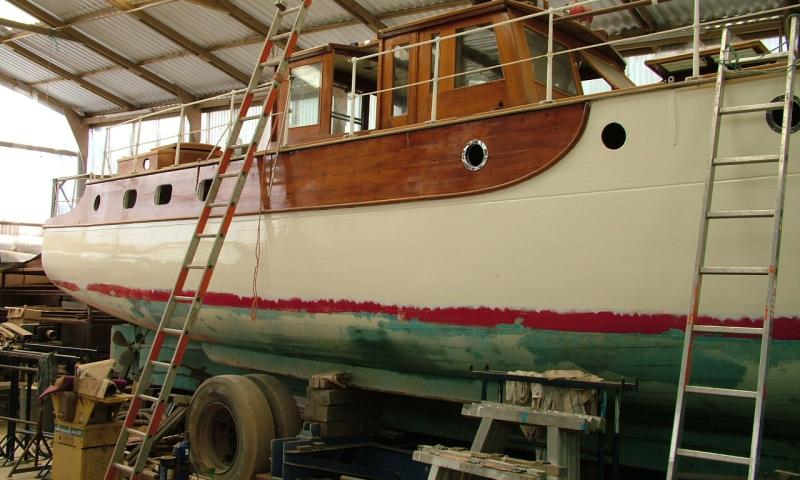 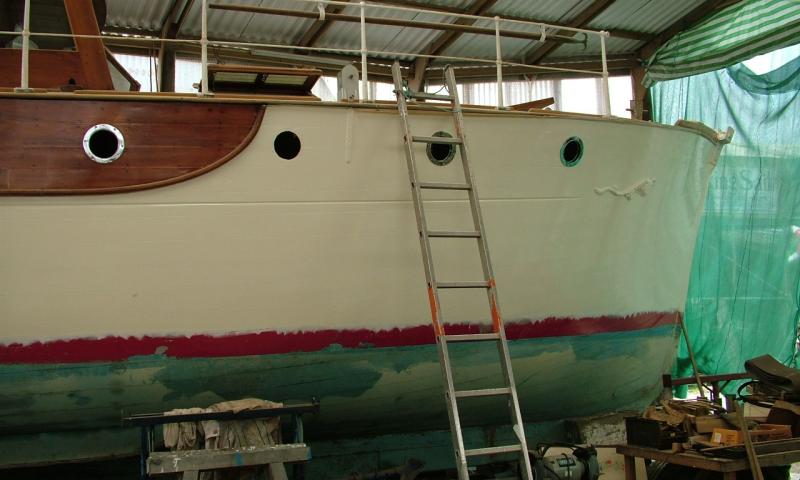 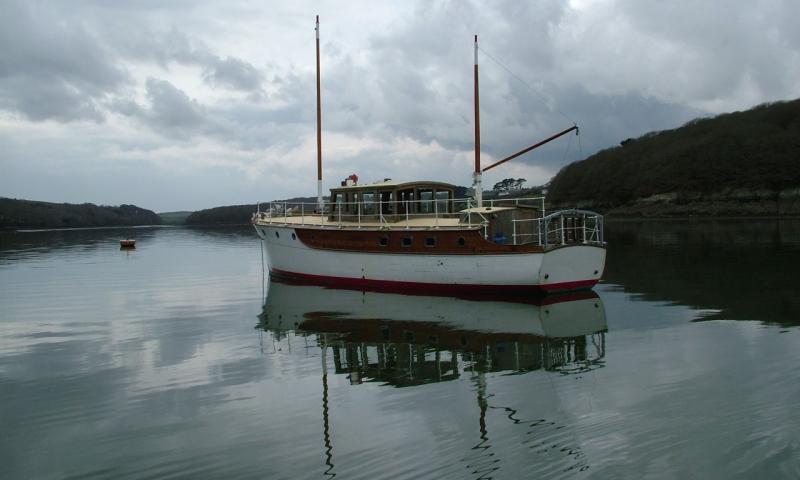 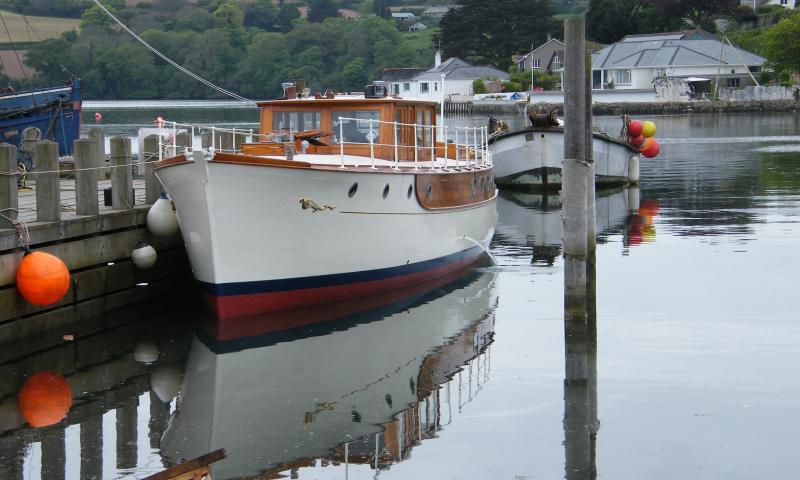 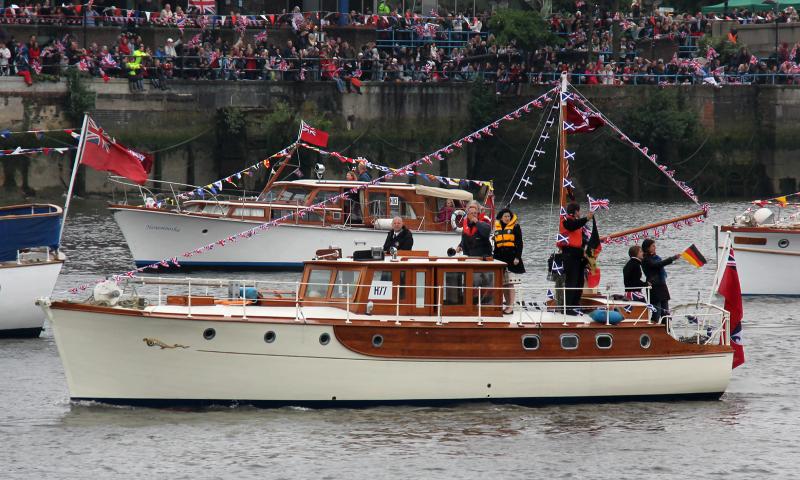 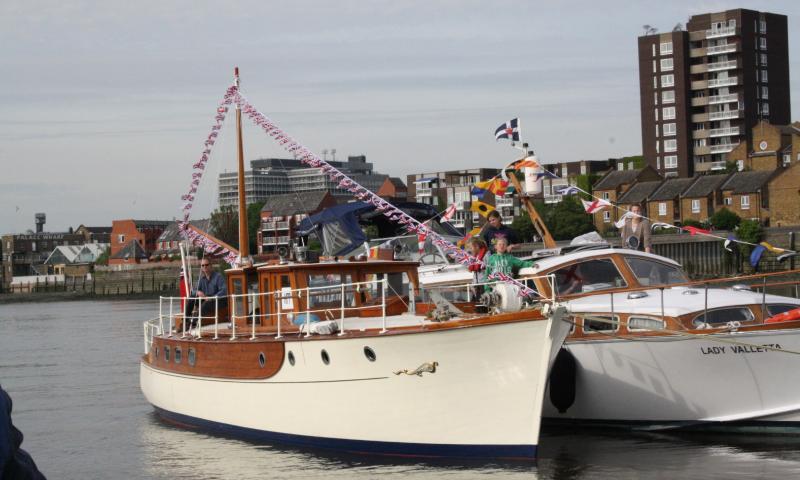 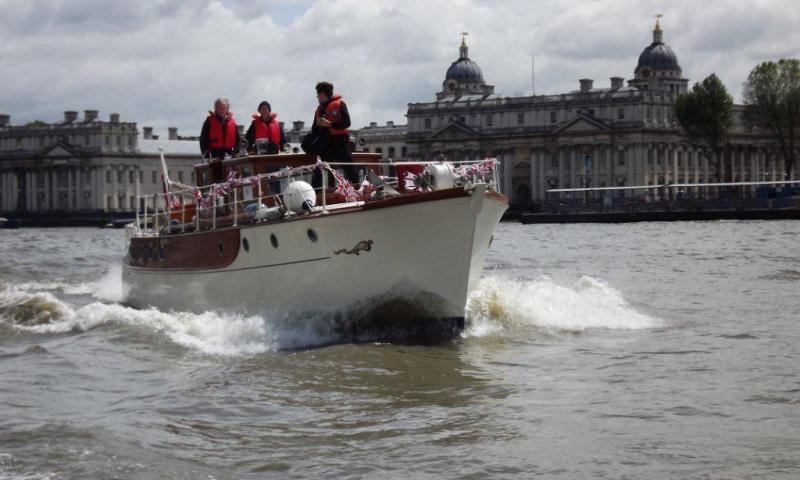 ZAIRE is a gentleman's motor yacht built by James A. Silver Ltd. at Rosneath in 1933 and designed by John Bain. Her official number is 163033 and her signal letters are MSNK. She was formerly known as NIVAG and KIA ORA V. During the Second World War, ZAIRE was requisitioned by the Royal Army Service Corps (RASC). There is a silica sand quarry at Lochaline which was operated by the RASC who used the sand to make lenses and instruments for the services. ZAIRE was employed to transport personnel and stores between the quarry, Lochaline and Oban. Her hull is carvel built of pitch pine planking, fastened with copper nails and roves onto oak frames. Her topsides are of teak and her keel is iron. Her bow is pointed, with a raked hollow stem and she has a transom stern. Her two timber masts are unrigged. The current engines are twin inboard diesels, BMC Commanders, made in 1957 and offering thirty-one and forty-six brake horsepower.