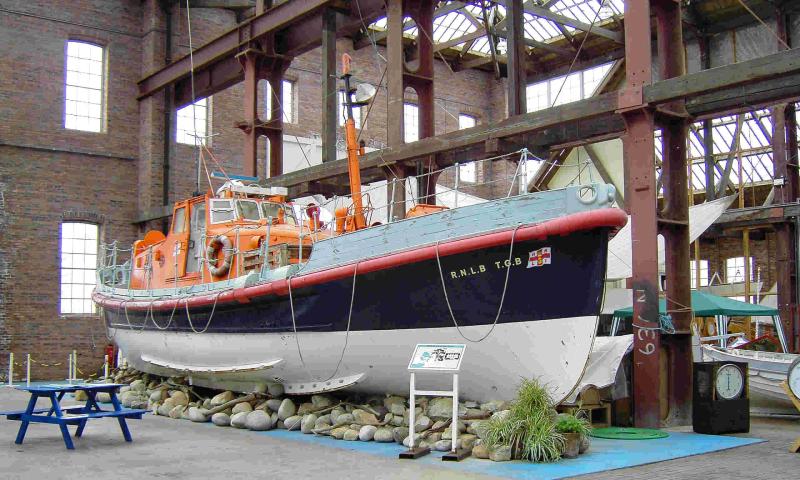 T.G.B. is a Watson twin screw motor lifeboat, built by J. & J. White of Cowes in 1962. Her yard number was W5520 and her working lifeboat number was 962. She was built to hold the weight of up to ninety-five people. She was the last vessel of her kind to be stationed at Longhope, Orkney. In March 1969, she was sent out to rescue a Liberian vessel, the IRENE. T.G.B. capsized and all eight crew members were lost, three of them from one family. She was not self-righting and, after the Longhope disaster, all subsequent lifeboats were fitted with self-righting systems and it was ensured that crew members came from different families. T.G.B. was re-furbished and relocated to Aranmore, County Donegal, Ireland. She retired from there in 1979 and was eventually sold out of service in 1986. She is now a museum vessel, based in Scotland.