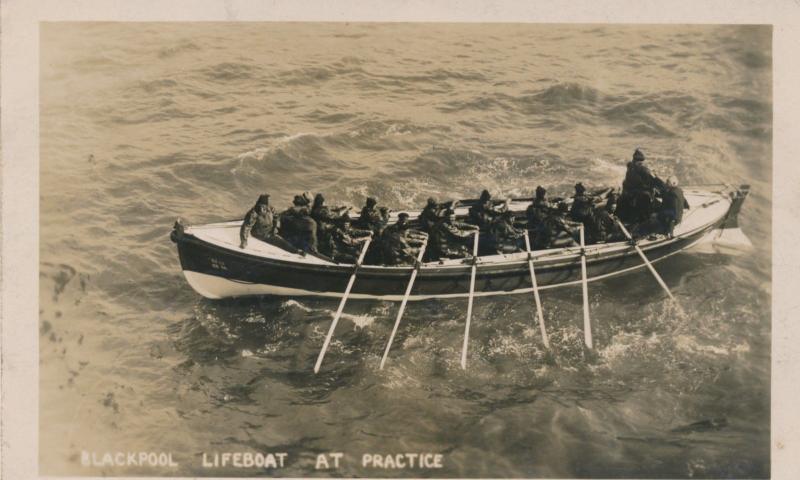 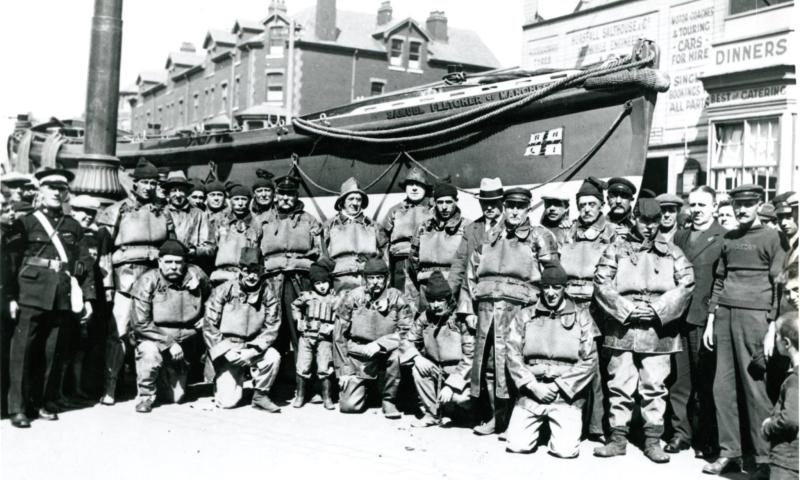 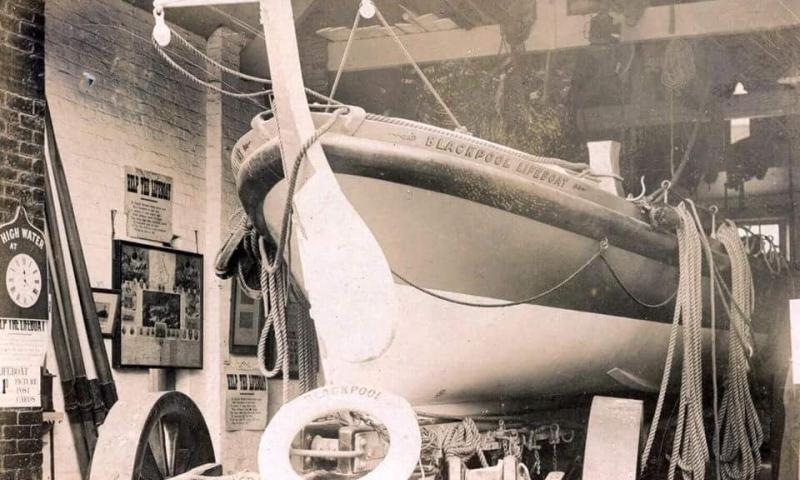 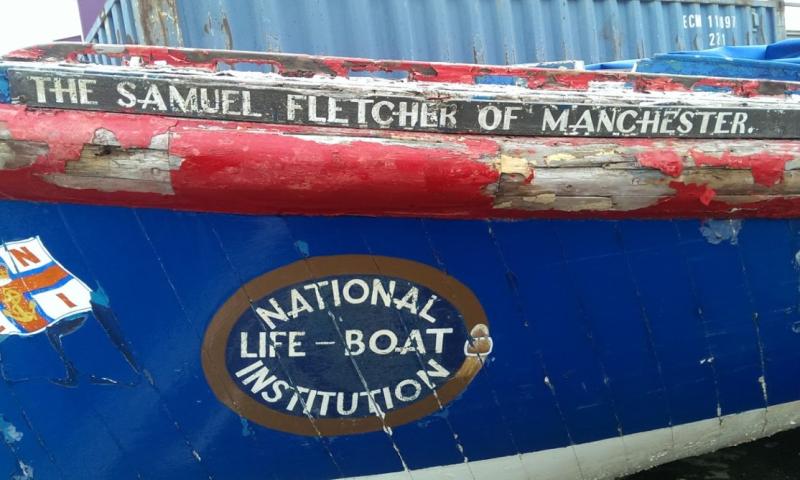 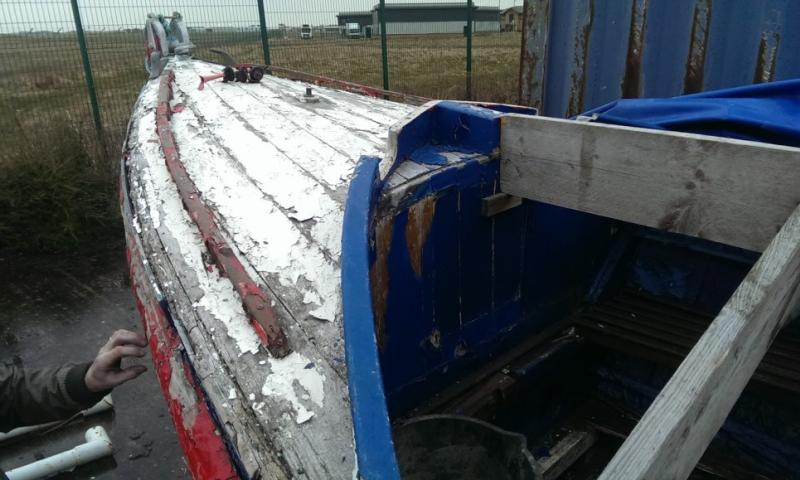 Built by Forrestt as the SAMUEL FLETCHER OF MANCHESTER; a 36ft 2 Watson SP No 3. Stationed at Blackpool for all her service from 1896 to 1930. She's notable for being specifically designed for rowing trails in 1893.  The vessel was sold out of service in 1930 to the Mayor of Blackpool, had an engine fitted and was used as a pleasure craft thereafter.  One good story from 1897 concerns her rescuing 20 people from Nelson's old flagship Foudroyant in a terrible gale - the flagship was on exhibition at Blackpool at the time.  Another incident from 1904 - when the promenade was being widened it meant the lifeboat had to do a half-mile detour to reach the nearest slipway.

The RNLI was contacted about her in 2008 although she had not belonged to the RNLI for 80 years. She had been used as a trip boat at Stanley Park in Blackpool, but had latterly been allowed to fall into disrepair, being kept outdoors. At the time, Blackpool Council were considering the boat's future. On Lifeboat Enthusiasts' 2011 listings, she was stored for restoration at the Sea Cadets HQ, Bishphram, Blackpool. There are no medals or vellums associated with this lifeboat.

The vessel is currently awaiting restoration in Blackpool.