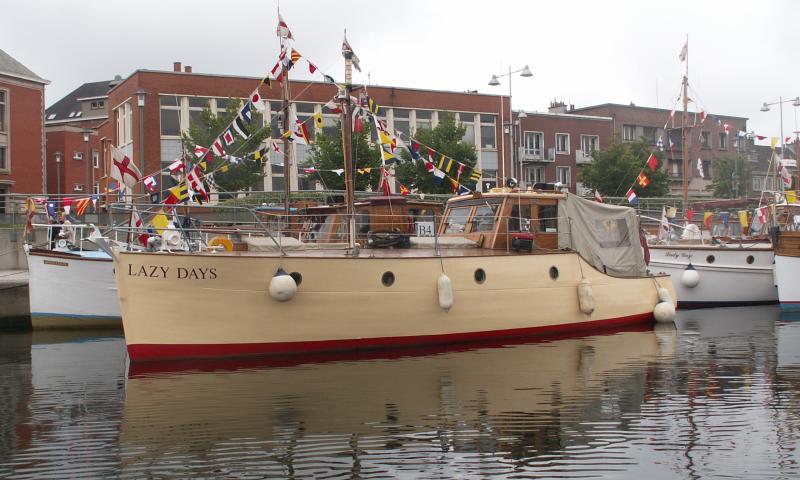 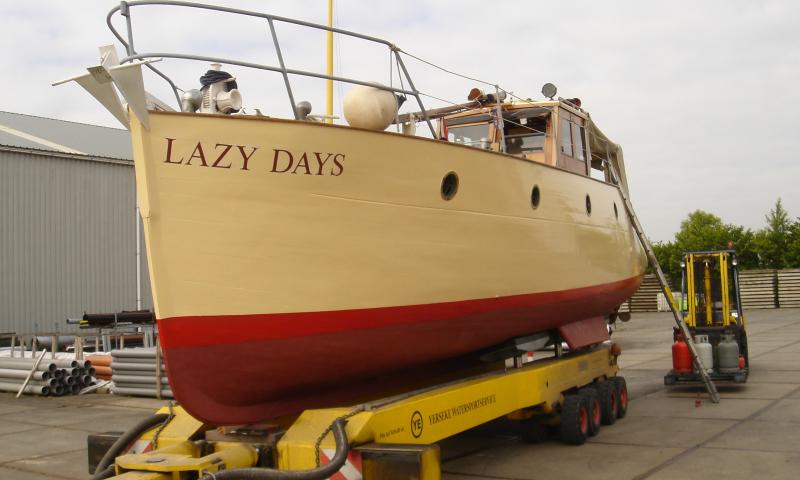 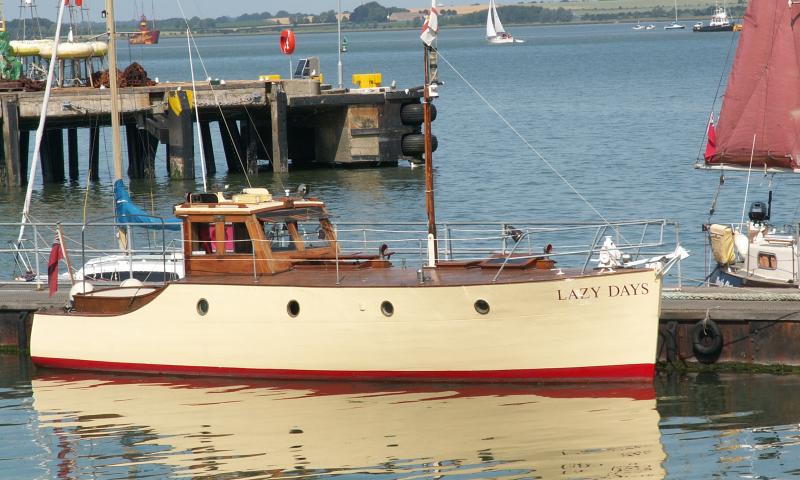 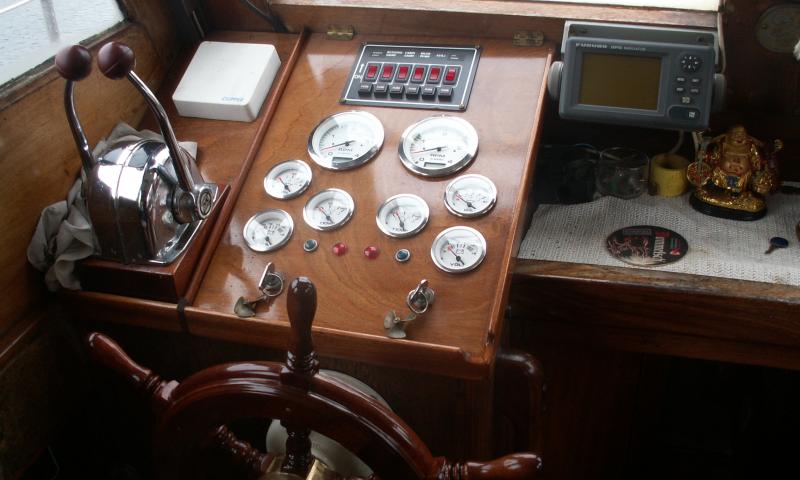 LAZY DAYS is a wooden leisure craft of carvel construction with twin Ford Transit engines each delivering 100 hp. She was built by Cliff & Sons of Goole in 1930. During the Second World War, the vessel was pressed into service as a Dunkirk Little Ship, spending three days ferrying troops from East Beach amid fierce air attack. Later, the vessel was used by the Navy on the tidal Thames to locate mines. After the war, LAZY DAYS reverted to private ownership and she was rebuilt as new in 1952 and had a wheelhouse added. More recently, she had nother major re-fit with a new teak deck, and a ferro-cement sheath for her hull.