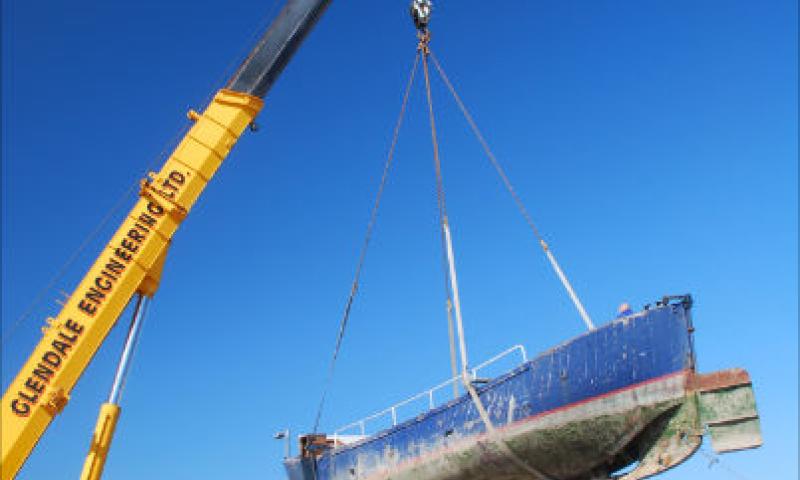 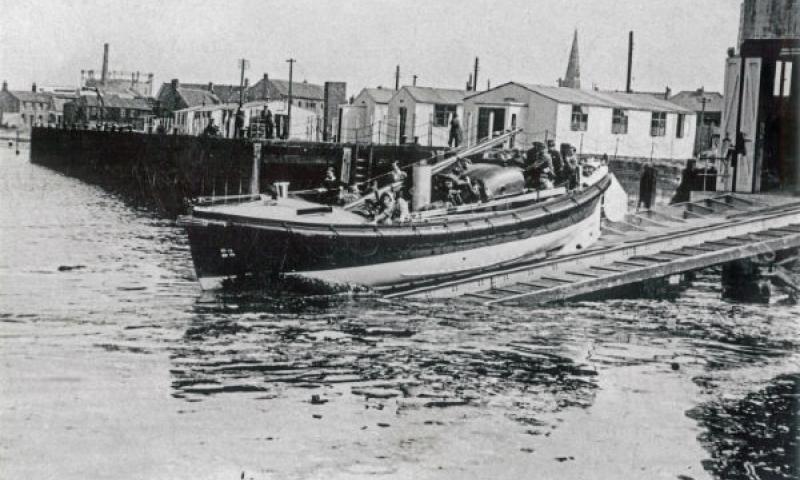 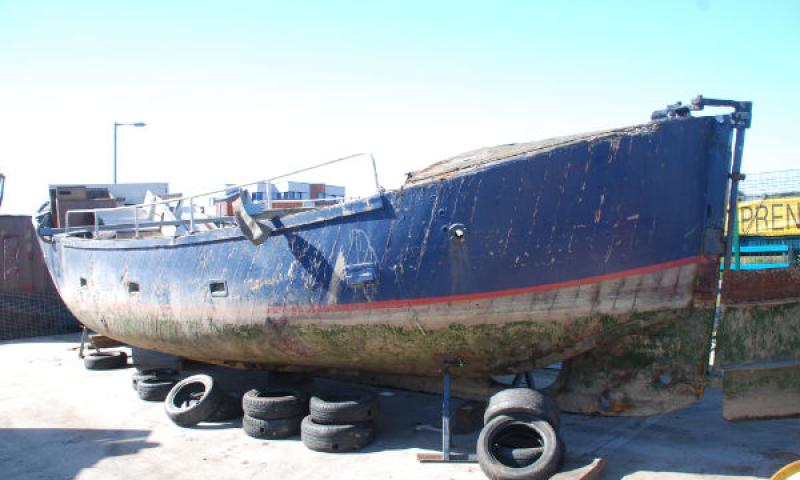 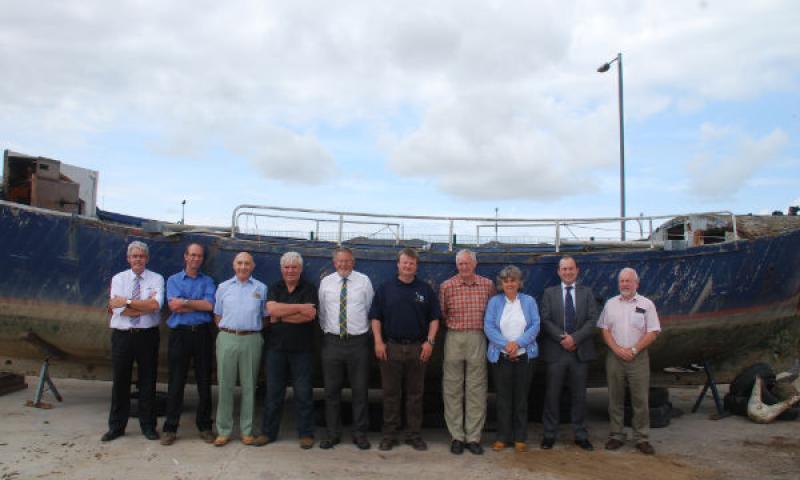 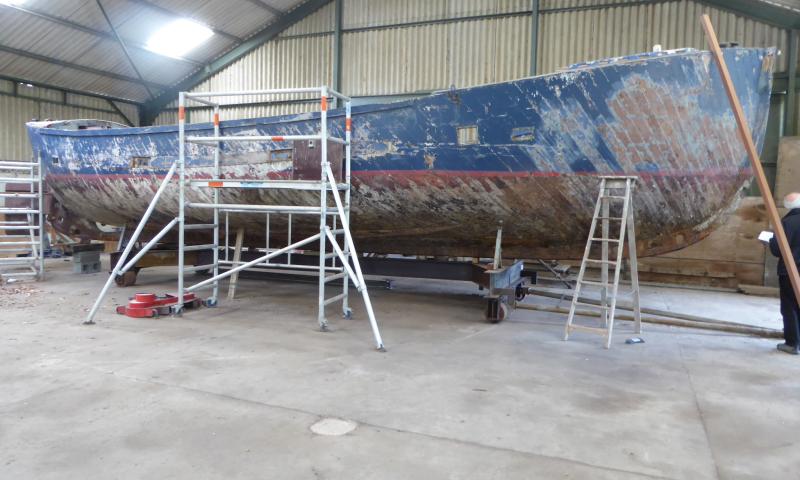 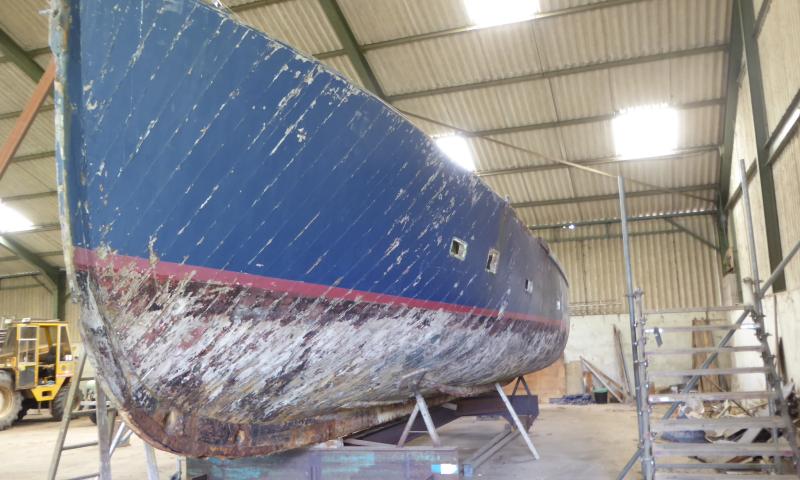 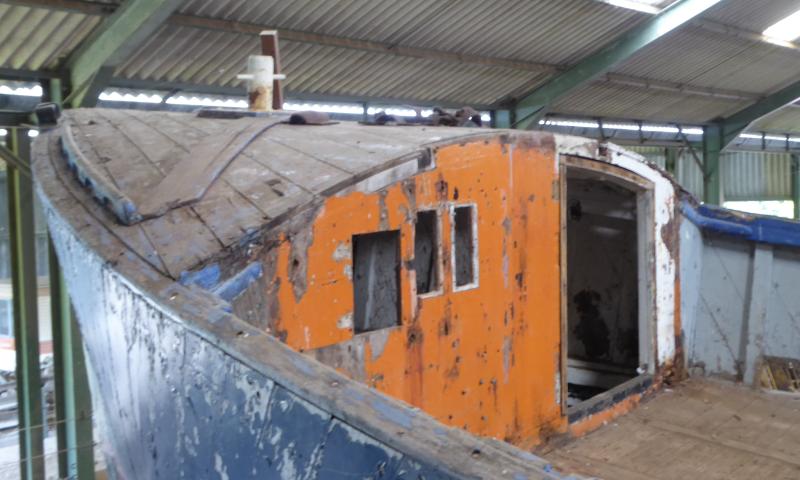 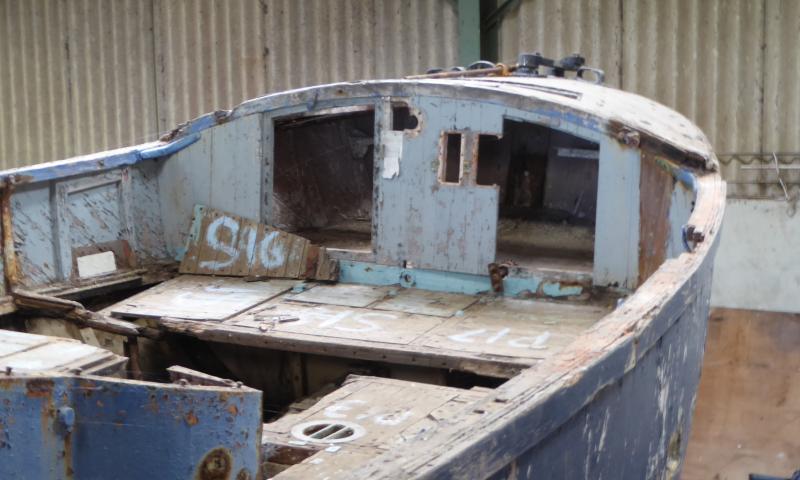 J & W was built in 1928 as a lifeboat by J Samuel White of Cowes, Isle of Wight. She is of mahogany double diagonal construction and her original engine was a bespoke Weyburn petrol engine. She entered RNLI service at Portpatrick in 1929 and went into the Reserve Fleet in 1937. She was in service at Berwick-upon-Tweed in 1940, was sold out of service in 1957 and was then acquired for restoration in July 2011. J&W was one of a class of only four 40ft 6in Watson type lifeboats built for the RNLI and one of only three survivors. Once restored, she will be the only 40ft 6in Watson as original. Her hull timbers are original, although some, starboard midships will need to be replaced owing to damage. Her original topsides are largely missing and will need to be replaced with as many original fittings as possible but some will have to be made from new.