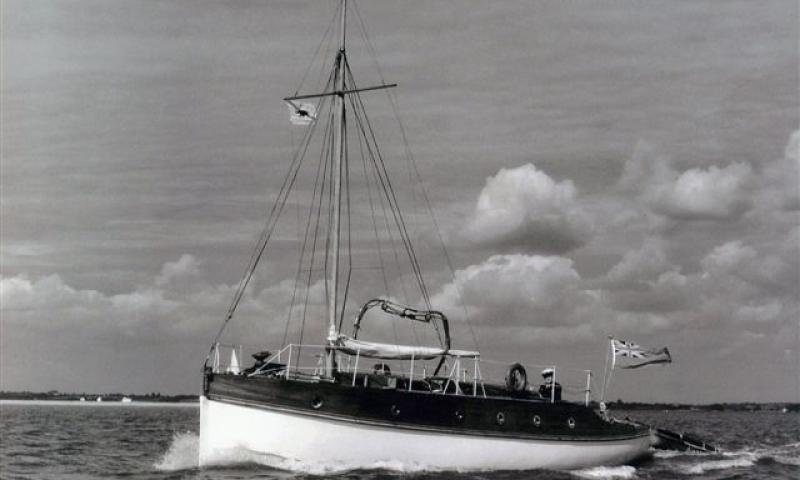 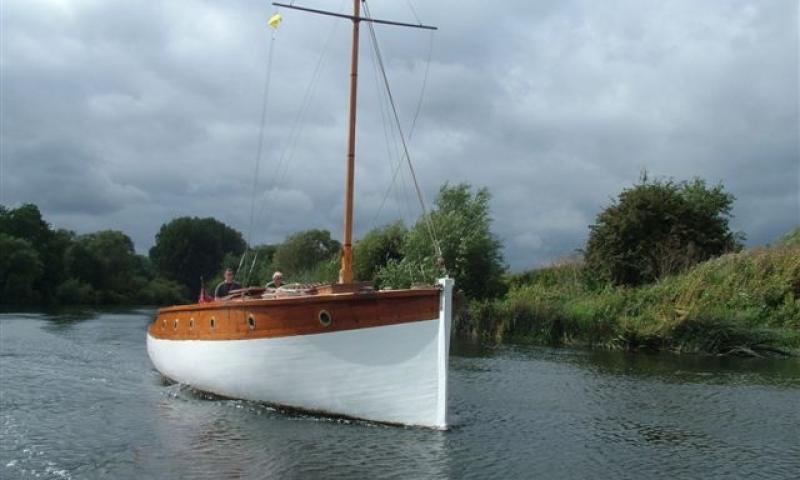 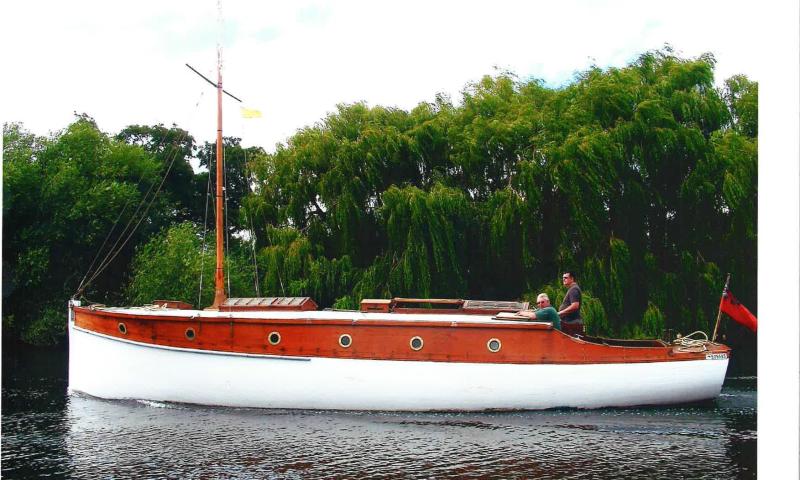 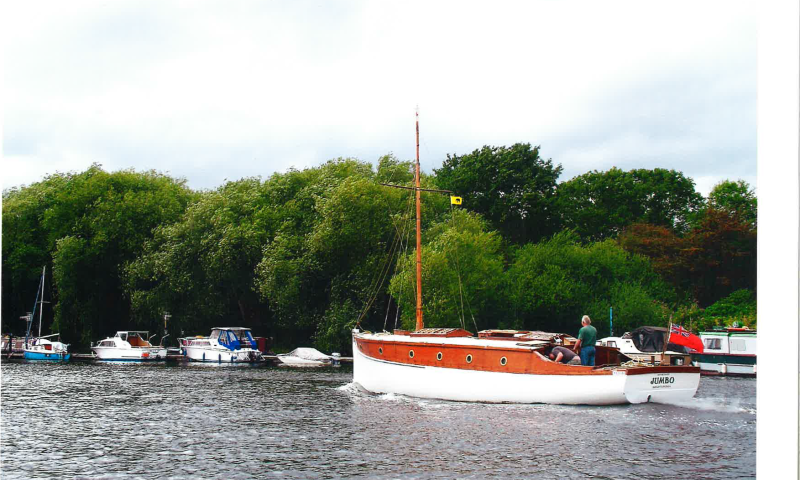 JUMBO is a motor yacht of timber carvel construction, pitch pine on oak frames with a Coventry diesel engine type KF. She was built in 1923 by Wm. Haywood of Leigh on Sea. The vessel was built for a master stevedore for pleasure and kept at Brightlingsea where it cruised the English Channel. It won the London to Cowes race in 1938. The vessel was called up for war service during World War II as a tender to a minesweeper in and around Harwich. After the war it continued cruising the south coast with its original owner. JUMBO had a paid skipper from 1923 until the outbreak of World War II and later until 1969 when her original owner had to sell her due to failing health.