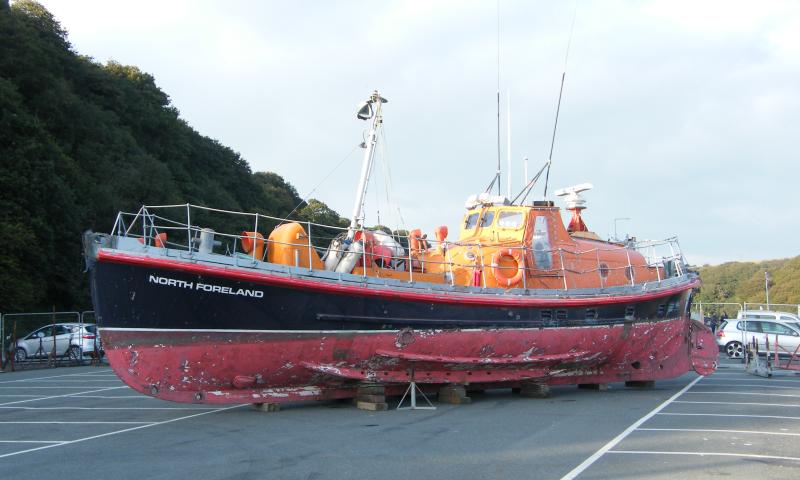 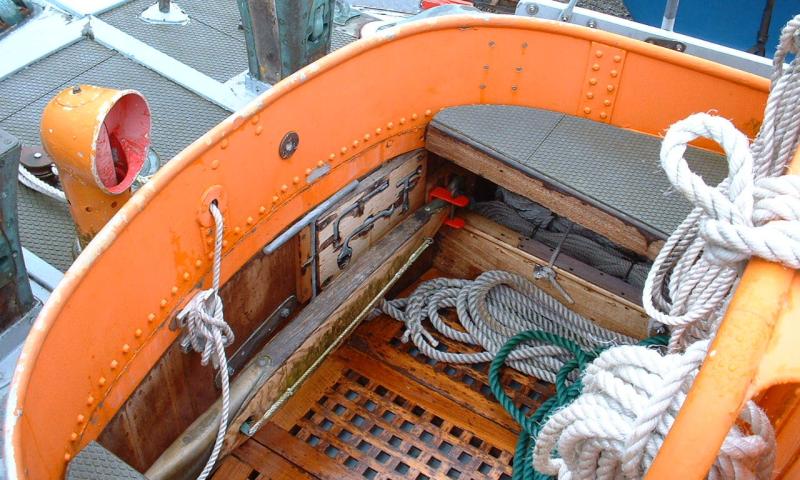 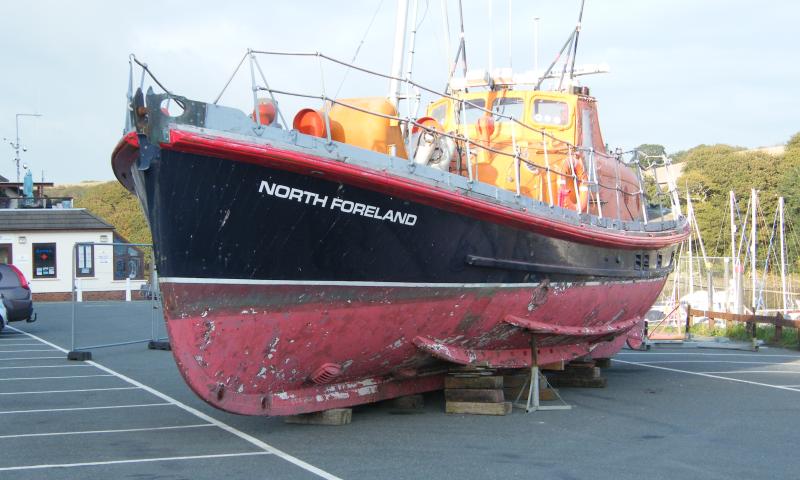 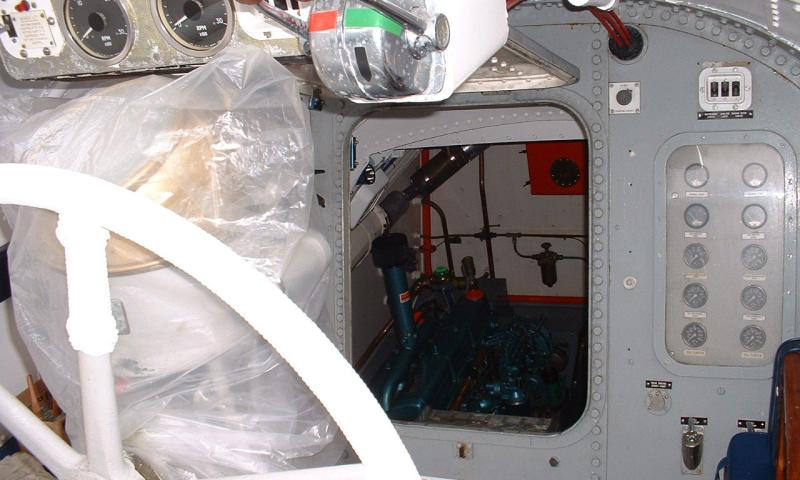 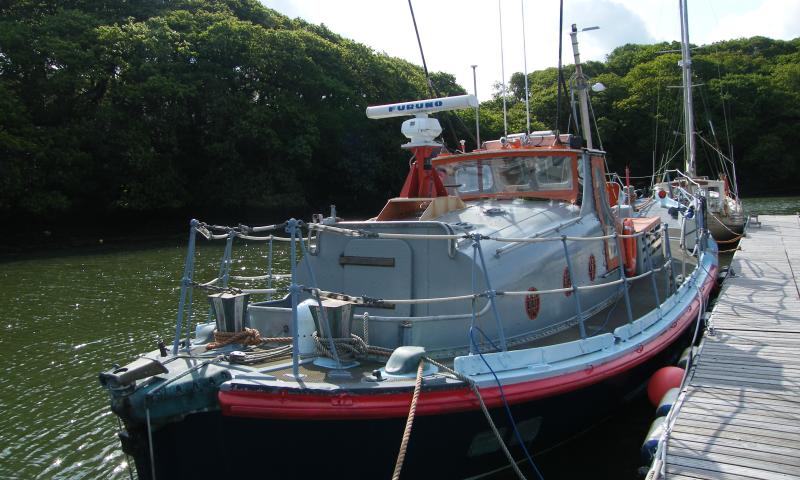 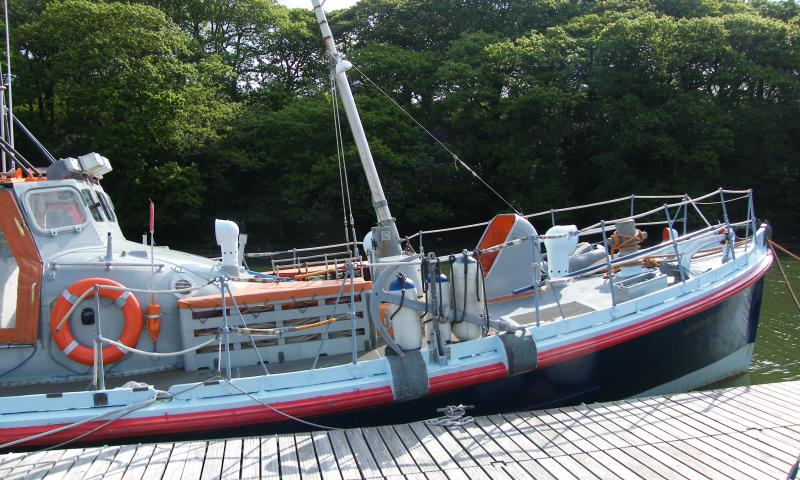 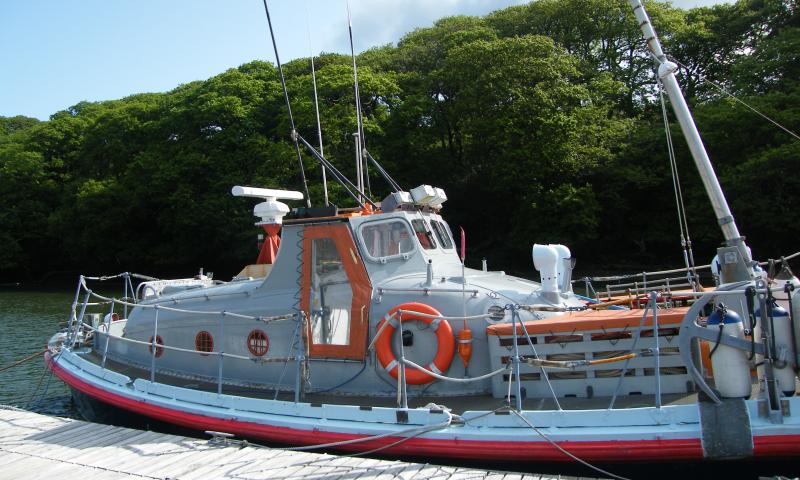 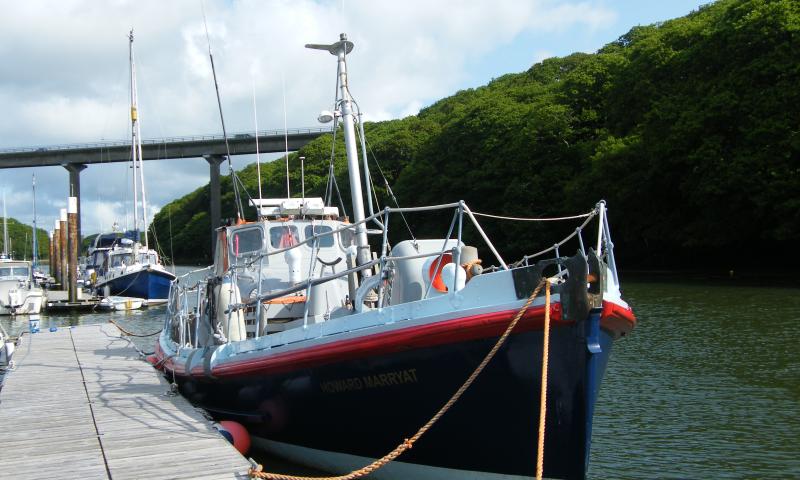 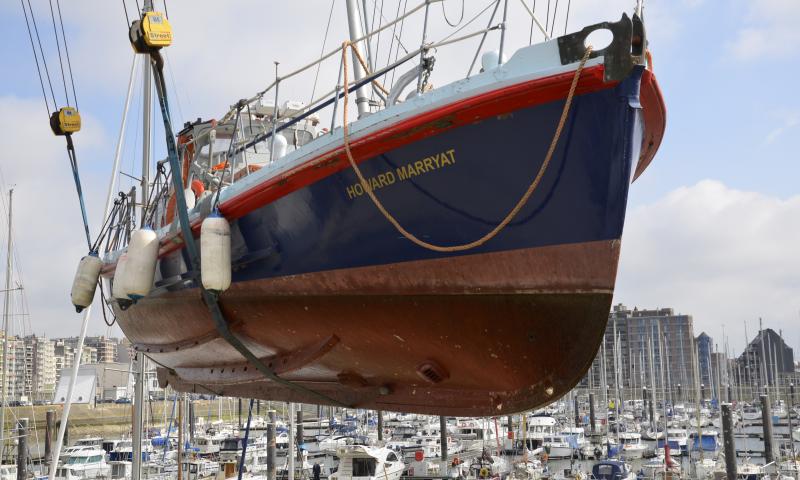 She is of mahogany double diagonal construction with twin Thornycroft 380 diesel engines. After service as a lifeboat at Fishguard, Barrow and Moelfre she was allocated to the relief fleet until sold out of service in 1989.

This vessel was the last of her class to be built and retains her open cockpit aft. Some conservation work will be carried out by her owner who has recently bought her and she may be returned to her appearance of the early 1960s.

Howard Marryat was built by J S White and Co.Ltd at the cost of £33,863, provided from a legacy from Mr Howard Marryat and a gift from his son, Mr R A Marryat of Guernsey. She is a 46ft 9” Watson motor lifeboat with airbag.

She was station lifeboat at Fishguard from 1957-81, and later served Barrow and Moelfre.

A Letter of appreciation was sent to Second Coxswain Hughes for his part in a service on 9 September 1976 to the yacht Blasket, when five people were rescued and their boat was also saved.

While in service with the RNLI, Howard Marryat launched 156 times and saved 88 lives. She was sold out of service in 1991. 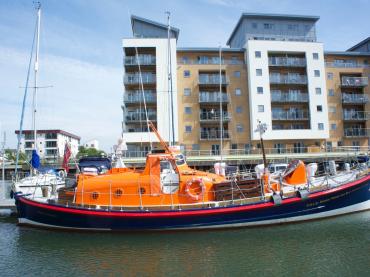 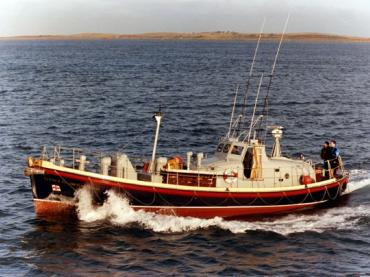 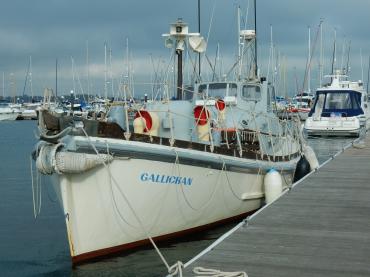