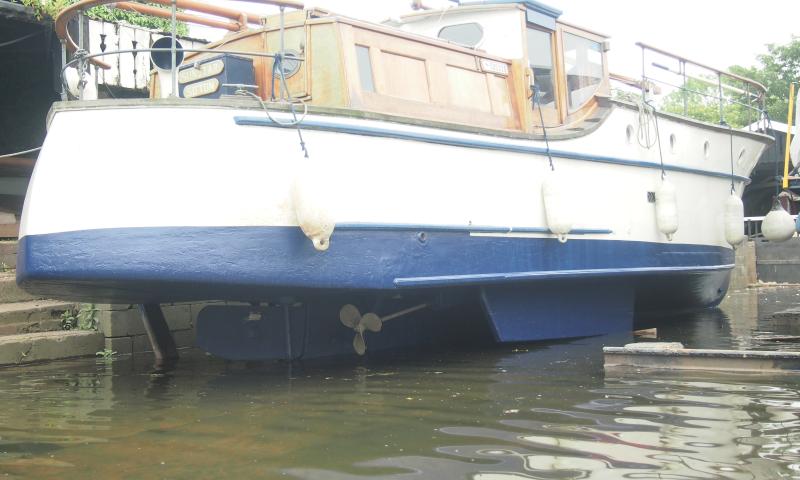 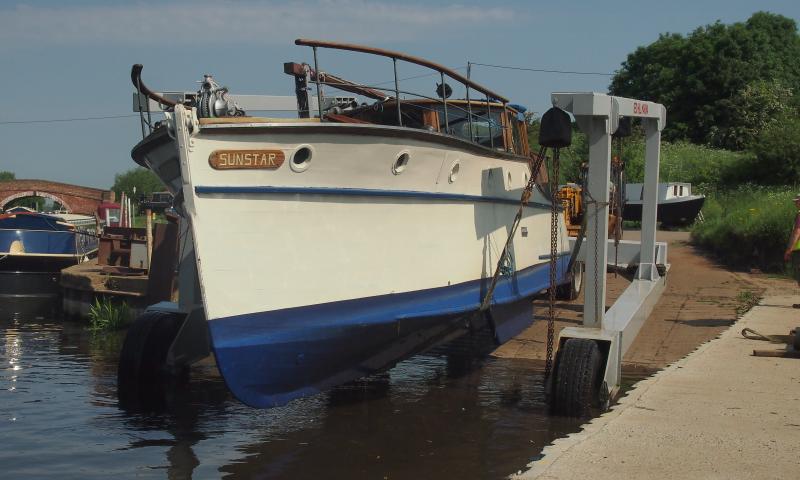 Although little is known of her early history, SUNSTAR is believed to have been built as an open cockpit twin screw motor yacht with flat transom, and then later extended to “canoe” type stern with enclosed stateroom aft of wheelhouse some time earlier in her life. Her engines were originally twin cylinder Hyland petrol, re-engined in the 1940’s with two brit 4 cylinder petrol engines, which sometime later changed to twin to 1963 BMC 1.5 diesels.