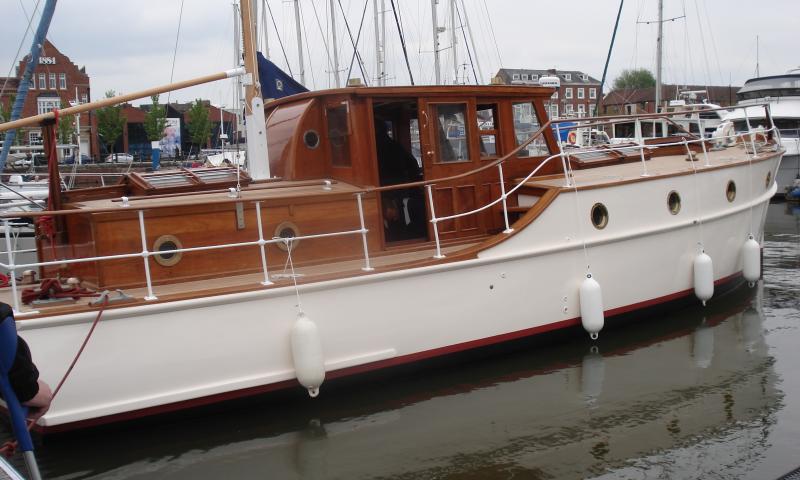 THEMLYAY was first registered in Hull in 1939 and was acquired by the Ministry of War Transport in 1942. Built for a doctor whose three daughters were Thelma, Emily and May. The champagne cork used in her launch was mounted in the saloon.

Accoridng to files kept in the National Archives copies exist of the half yearly agreement, list of crew and official log book dated 17 July 1941 that indicates that Themlyay was working the River Humber. The crew consisted of one coxswain, one mechanic and two deck hands who all lived in Hull. It is believed that during the war that THEMLYAY worked out of the North of Scotland. Subsequently she was returned to private ownership in 1948. A complete restoration was undertaken between 2010 and 2013.

Update from daughter of previous owner, July 2020: Her father Bert Hudson owned her for a number of years and she was their family cruiser on the Ouse moored at Acaster Malbis. She was then sold in 1958 to a Mr Beaumont, manager of the Grand Theatre in Leeds.