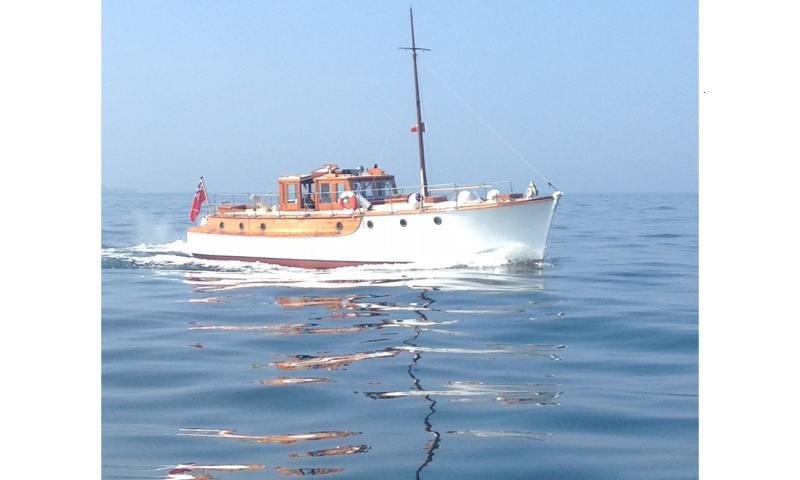 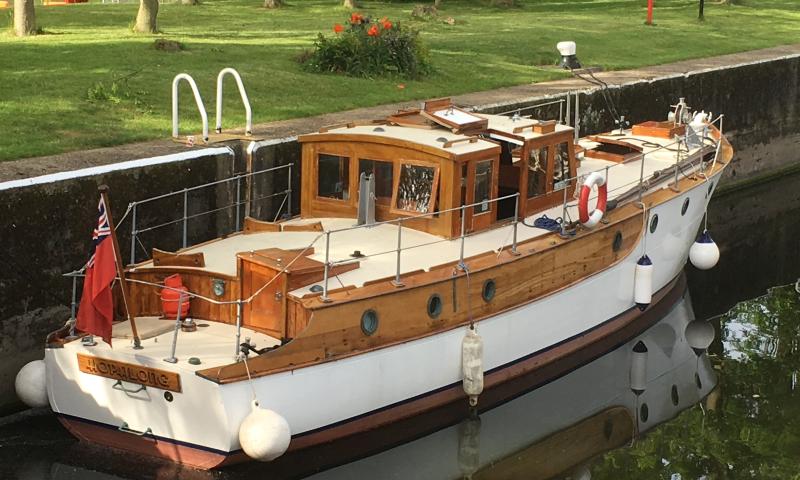 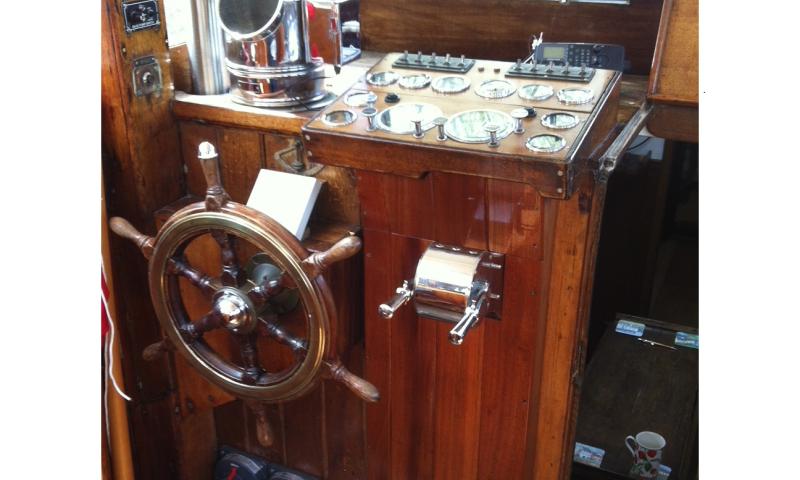 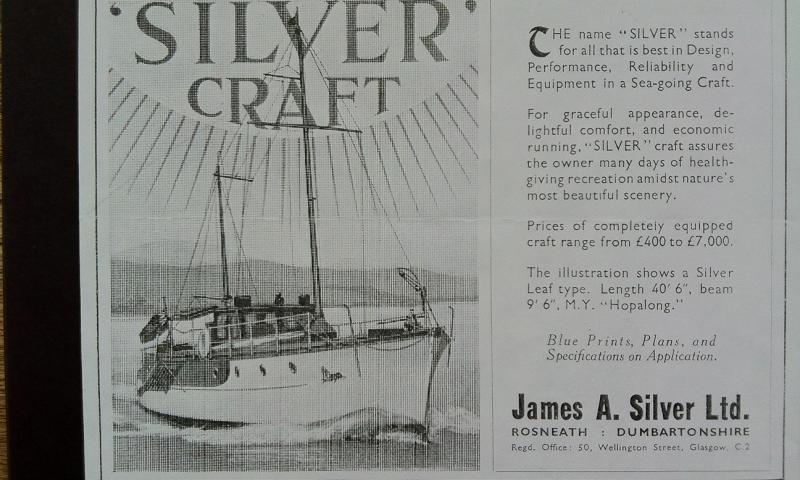 Built in 1933 at Rosneath for Mr. A.C. Jessop Hopalong is a 40’6” Silver Leaf Class Gentlemans Wooden Motor Yacht It was he that commissioned her layout and Austrian oak interior , much of which still remains original, as does the Pitch pine hull planking over over grown oak frames In 1936 she was sold to Group Captain J.B. Graham M.C. A.F.C. O.B.E. All awarded for his services during two W.W. An Australian serving in the R.A.F Who’s archive reveals a claim that Hopalong took part in Operation Dynamo , still under investigation . She was subsequently sold to Captain H.M. Salmon an Army Officer serving in the R.A.S.C