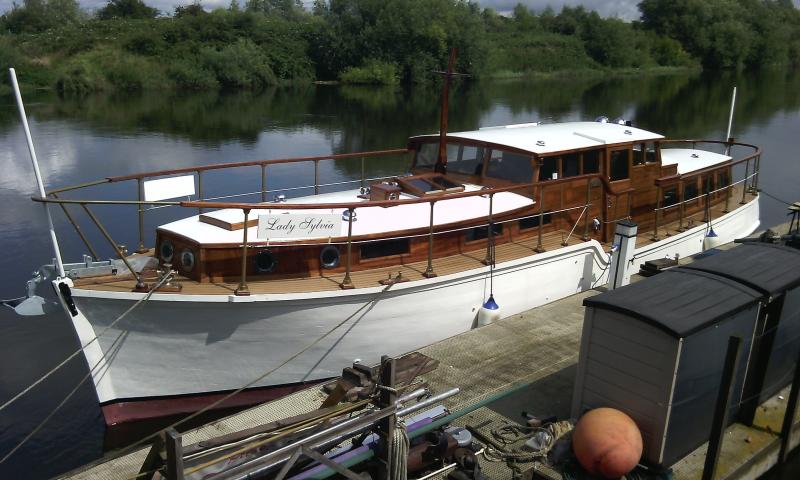 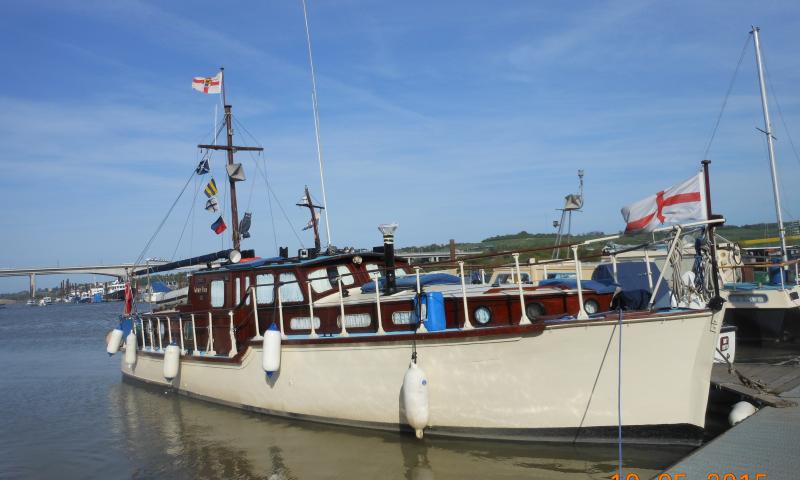 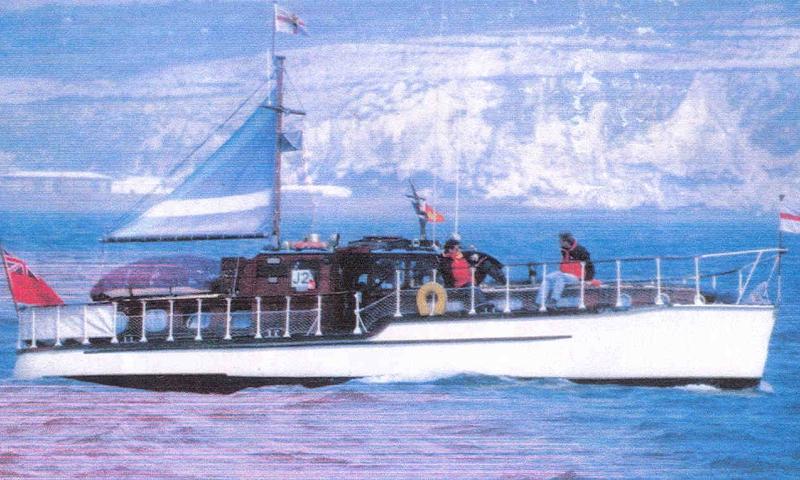 WENDY KEN was built for Mr W J Anstey during 1930 (Lloyds No 5871 of 1930) to the design of Mr L J Lambert, Naval Architect at the yard of Southampton Launch and Boat Company of Bitterne Manor, Southampton, adjacent to the slipways of Rampart Boat Builders.

Records show that SYLVIA was requisitioned by the Ministry of War Transport (MOWT) on 31st May 1940 and due to the number of craft with the same name was changed to SYLVIA IV, then again later to MYLODON.  Records also show that Mr Anstey was paid the fee of 12 pounds and operated under Auxiliary Patrol duties.

She took part in the Dunkirk evacuation in 1940, surviving machine gun attacks and a fire on board.  After her involvement, repairs sustained on her return from the beaches were carried out for the sum of 83 pounds, 12 shillings and 6 d.  Her duties then changed to miscellaneous port duties under Naval Control at Lowestoft as off-shore submarine Net Patrol.  The Harbour Master at Ramsgate later recalls her return to the harbour damaged.

On 31st May 1945, operating throughout World War Two under control of MOWT the MYLODON was renamed back to her original name, SYLVIA and laid up to await being sold or alternative fate.

In March 1946, records show SYLVIA was returned to Mr Anstey for the endorsed fee of 1 shilling.

During 1948, her name changed to MANANUI (Lloyds no. 7913 of 1948) and was owned by Mr R Colebrook and moored on the River Thames.  During 1952, W Bates and Sons of Chertsey rebuilt the wheelhouse after a small fire.

In 1958, SYLVIA came under the ownership of Mr B Harpur MD of Silverdale Motors, Tunbridge Wells and renamed after his two children Wendy and Ken.  In 1962 the vessel had her original Detroit Grays 6 cylinder petrol engine changed to twin BMC 2.2hp diesel engines at the Yalding Boatworks.  In 1984, WENDY KEN came under the ownership of the current owner and had her engines upgraded in 1994 to twin Ford FSD non-turbo 4cyl 75 hp.

During her role as a Dunkirk Little Ship she has carried out numerous events and returns to Dunkirk, with her last visit being to Chatham Dock Yard in 2014.

In 2015 she was purchased by her current owner who begun a program of restoration which is now almost completed. The owners wanted to return her to her original name at Dunkirk but The Maritime and Coastguard Agency had already reissued her original name and therefore added "Lady" as a prefix so she is now Lady Sylvia her official number with Maritime and Coastguard Agency is still 163358. She is now moored at our home on the River Trent at Barton-in-Fabis.