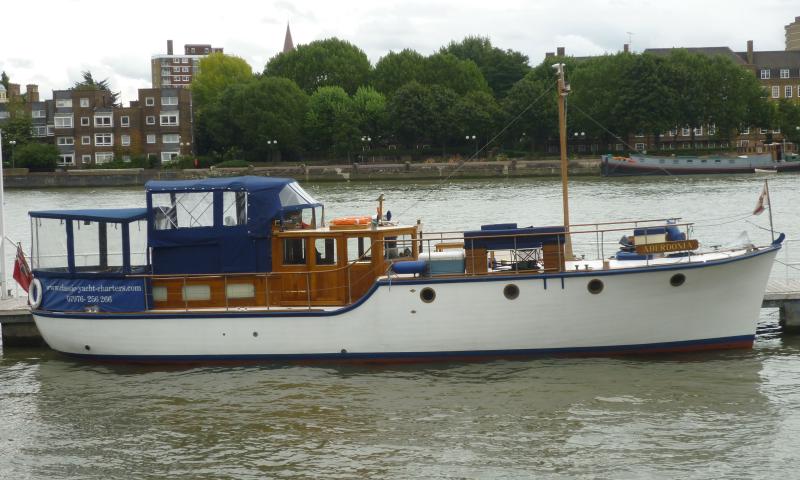 ABERDONIA is a motor yacht, built in 1935 by Thornycroft at Port Hampton. Her hull is carvel built of Burma teak and her engines are twin Ford diesels. Between 1940 and 1946 she was requisitioned by the Navy and renamed NAVIGATOR. She took part in the Dunkirk evacuation and is thought to have made four trips to the Dunkirk beaches. She continued her war work as a patrol boat, working with minesweepers and taking sealed orders to waiting convoys. She was narrowly missed when a German bomber attempted to crash into the ships as he went down into the sea. Wreckage hit the starboard side, and 30 years later, her owner found scorched timbers during restoration. She has been in private ownership since 1946 and is moored in Chelsea Harbour Marina.